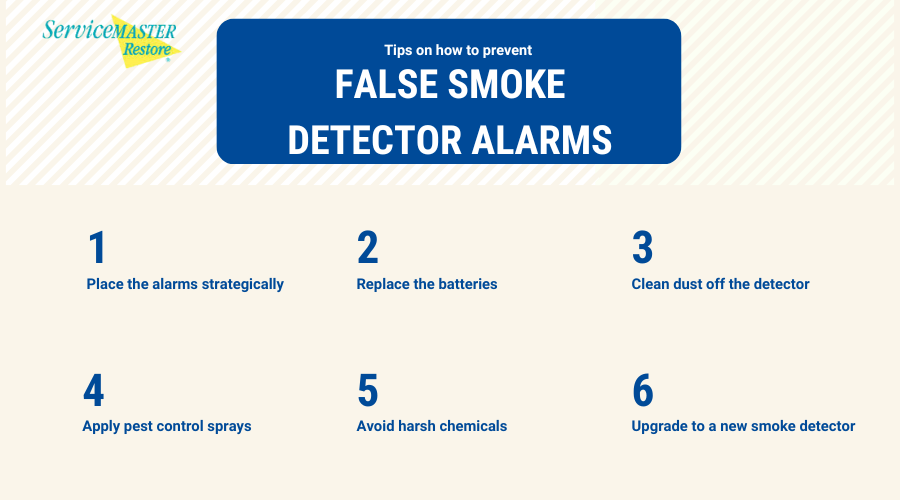 A smoke detector is an inexpensive way to protect the household from fire damage catastrophes. However, smoke detectors are known to randomly go off without due cause. Here’s how homeowners can prevent false alarms from their trusty household smoke detector.

Smoke detectors that accidentally go off without a fire nearby can have unwanted consequences. Firstly, the home’s occupants will become desensitized to them, which leads to a less effective warning system. Secondly, false alarms tie up fire officials, preventing them from responding to real emergencies.

When the smoke detector blares, it is important that the homeowner check the home for a fire. This step is advised even when the homeowner suspects it is a false alarm. If a fire has emerged, evacuate everyone from the home immediately and call the fire department.

Preventing false smoke detector alarms starts with placing the devices in the most suitable locations. If the alarms go off frequently, they may be inappropriately placed. An area that emits lots of steam or smoke, such as the kitchen, will likely cause false alarms if the detector is placed there.

Burnt food items from toasters or the microwave can cause the smoke detector to unnecessarily blare. Instead, homeowners should position the smoke detector a safe distance from the kitchen. In order to be effective, on the other hand, the alarms should not be placed too far away from smoky areas.

Windows and fireplaces are additional areas of concern. When grilling outdoors, smoke from the patio can wind inside and upward, setting off the detector. Homeowners are advised to move the smoke detector further away from the window or fireplace. Inspect the chimney annually to prevent excess smoke.

Areas with high humidity levels will set off the smoke detector since the device cannot distinguish between smoke particles and water particles. If heavy humidity constantly triggers the alarm, ventilate the home with fans, a dehumidifier, or by opening windows.

Similarly, steam will trip the smoke alarm. Rooms in the home where steam is common include bathrooms, above the stovetop, and near humidifiers. Install the smoke detector far enough away from these areas. If moisture gets into the alarm, a replacement will be necessary. 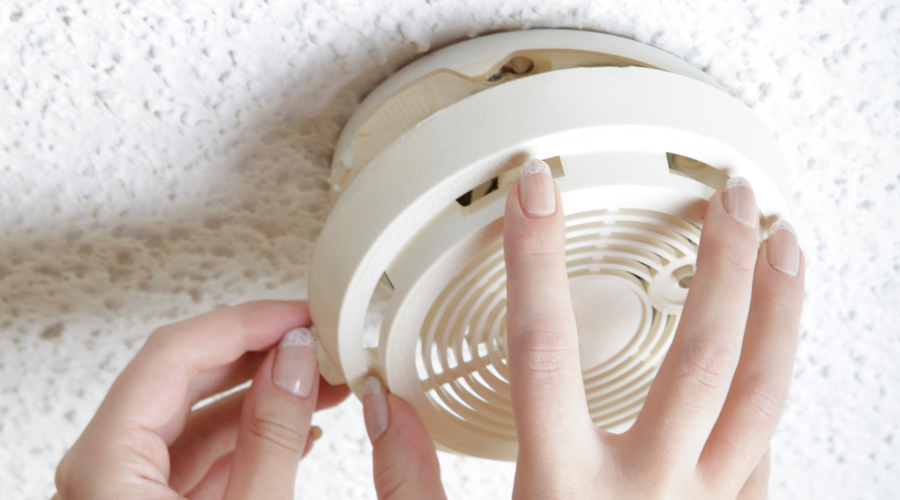 Replace smoke detector’s batteries. If the unit has a test/silence button, press it to turn on the device and listen for a series of short beeps. The number of beeps will indicate the presence and strength of smoke in your home. If your smoke detector is digital, you may need to reset it after installing new batteries.

Clean dust off the detector

Smoke alarms are designed to detect particles in the air, whether they are dust, smoke, or steam. A false alarm can result when dust intrudes. Cleaning is simple: remove the outer casing; eliminate large dust particles; then vacuum smaller dust particles. Clean gently around the sensors.

Some household appliances can produce large amounts of dust, and the smoke detector will go off repeatedly. In order to prevent accidental activations, homeowners can replace the smoke detector with a heat detector. Or, clean the detector more often than the recommended annual maintenance.

Bugs are a nuisance—but doubly so when their movements trigger the smoke detector. Insects can take up residence inside the smoke detectors, tripping them in the process. Apply insect repellant to deter bugs. Avoid damaging the electronic components by spraying around the detector, not directly into it.

Harsh chemicals include insect repellant. Paints and chemical cleaners can also be responsible for tripping a smoke detector. Homeowners who find using chemicals triggers the smoke alarm are advised to use natural remedies instead. Alternately, vent the areas in which the cleaners or paints are used.

Upgrade to a new smoke detector 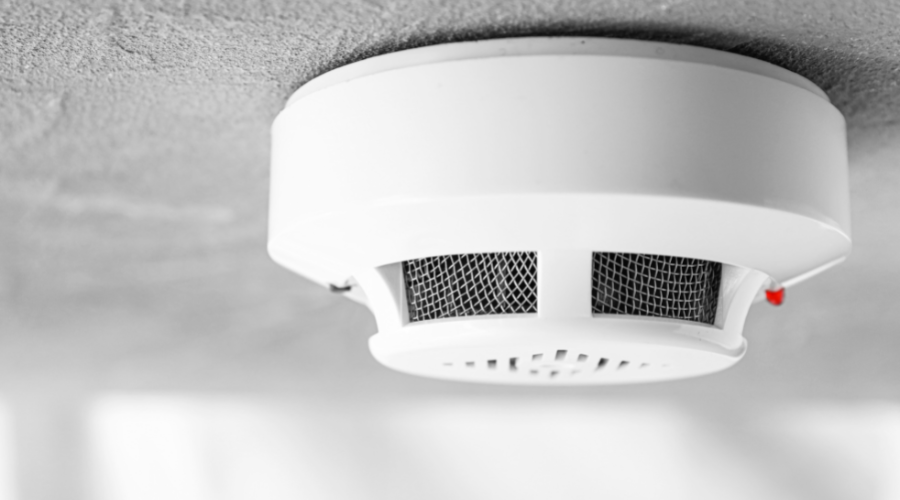 Upgrade your old smoke detectors and keep your family safe with the new Battery Smoke Alarm. Simply replace your old alarm with the most recent advanced one that work with your mobile app to send you extra notifications and further reduce false alarm.

A smoke detector has a lifespan of about 10 years. If the alarm constantly and unnecessarily beeps after having replaced the batteries and cleaned off dust and bugs, then an upgrade might be the best solution. Consider calling a professional alarm service to install a new smoke detector.

When deciding to upgrade, choose a smart smoke detector. Built with the latest technology, smart detectors reduce false alarms. For instance, they provide notifications of low battery life. Connected to a smartphone, the alarm can be silenced quickly when accidentally tripped.

It’s good practice to also hire qualified personnel to inspect the smoke detector annually. An inspection immediately after a false alarm will increase the chances that the exact cause will be identified. Without knowing this crucial information, it is unclear whether the smoke detector is actually working.

A functional smoke detector is a lifesaving mechanism. It alerts the homeowner to the slightest provocation from fire and smoke, thereby giving occupants time to make an emergency exit. After your household is safe from the flames, call ServiceMaster Fire & Water Cleanup right away.

We provide expert fire damage restoration services to properties that have been devastated by a fire. Our priority is to return your fire damaged home or business to its pre-loss condition fast. In order to achieve our goal, we dispatch crews of IICRC certified technicians to tackle the immediate cleanup.

Our fire damage cleanup specialists work quickly to minimize losses. We stabilize the destroyed building, remove debris and board up the structure. Walls, ceilings, and floors, as well as all other damaged surfaces, undergo pre-cleaning. We also deodorize the area to remove smoke odors.

Home and business owners in Lancaster, Pennsylvania, choose ServiceMaster Fire & Water Cleanup for their emergency fire damage restoration needs. Our reliable crews stand by 24 hours a day, 7 days a week, at (844) 805-1107 to rapidly respond to calls. Contact us for the best in local smoke damage restoration.